This year sees the second album from New York 3-piece Alternative Ulster. “Pog Mo Thoin” despite line-up changes still manages to pick up from where “Rebellion” (2016) left off with 13 tracks of straight up in your face old school punk rock with bagpipes. 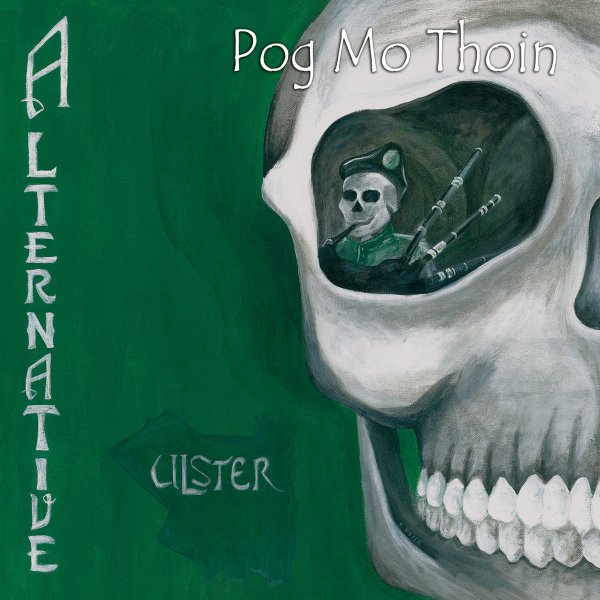 Alternative Ulster have a much more aggressive approach than a lot of other celtic punk bands out there, but with such a strong hardcore scene in New York it must be hard not to pick up on it a bit. Either way it makes them stand out from the crowd and forces you to pay attention.

My favourite track from the album is a close tie between “Drunk as Fuck” and “Free Beer Tomorrow”. Equal doses of cynicism, irony and humour to give create incredibly entertaining songs.

The album drops from its stomping pace twice and shows off a completely different sound for the band. The first time is for the cover of “Paddy’s Green Shamrock Shore” which is simply brilliant and showcase a versatility to the band. The second time is on the closing track “Sgt. McKenzie” the only track to contain only bagpipes and vocals. It has a wonderfully haunting quality that must be heard to be fully understood but if you don’t feel instantly transported on the highlands of Scotland I would suggest that you go get your ears checked.

Unfortunately, the album does not feature Alternative Ulster’s St Patricks Day Song “On St Patrick’s Day I Spilt Upon my Kilt” a tongue in cheek re working of the 12 days of Christmas but if you fancy a listen.

Short, abrasive to the point songs to drink to with your mates, just like punk rock should be! If you think Dead Kennedy’s / Adolescents with bagpipes you wont be far off. Out Now!